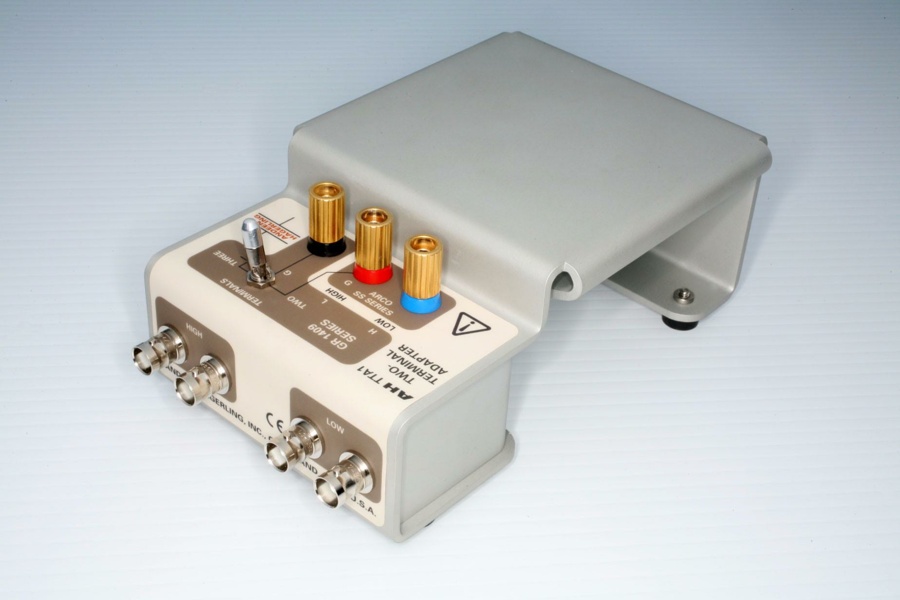 It also accommodates leaded components and other capacitors having banana plugs with standard spacing.

The adapter can be used with Andeen-Hagerling Capacitance/Loss Bridges or with other commercial test instrumentation using three- or four-terminal connections.

Prior to the introduction of the AH TTA1, the GR1620 capacitance bridge provided the only standardized commercial fixture to measure two-terminal standard capacitors.