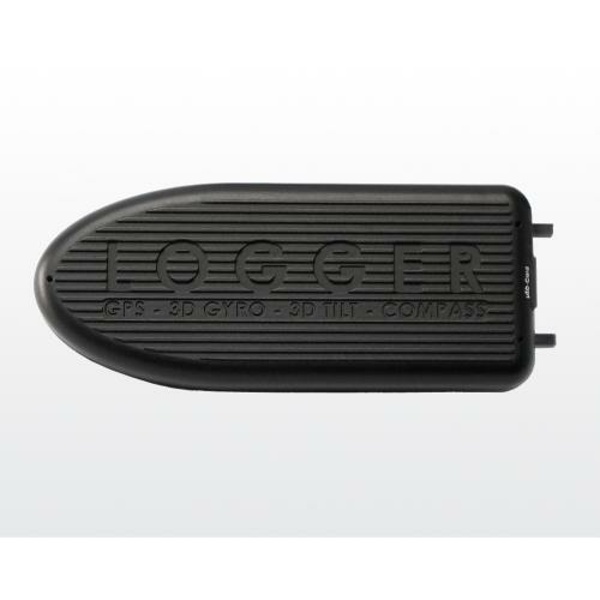 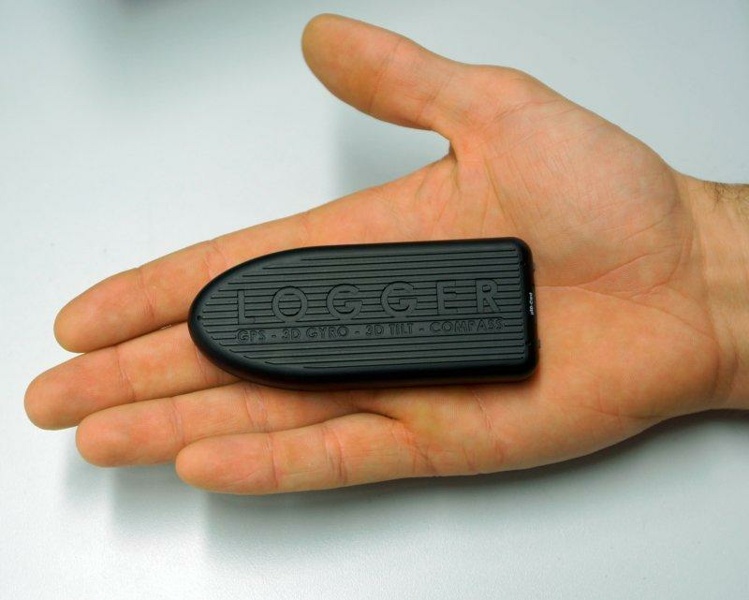 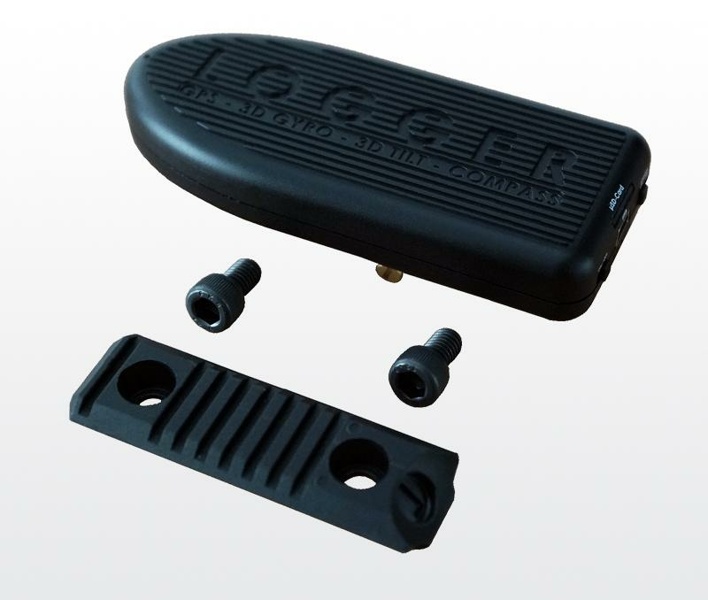 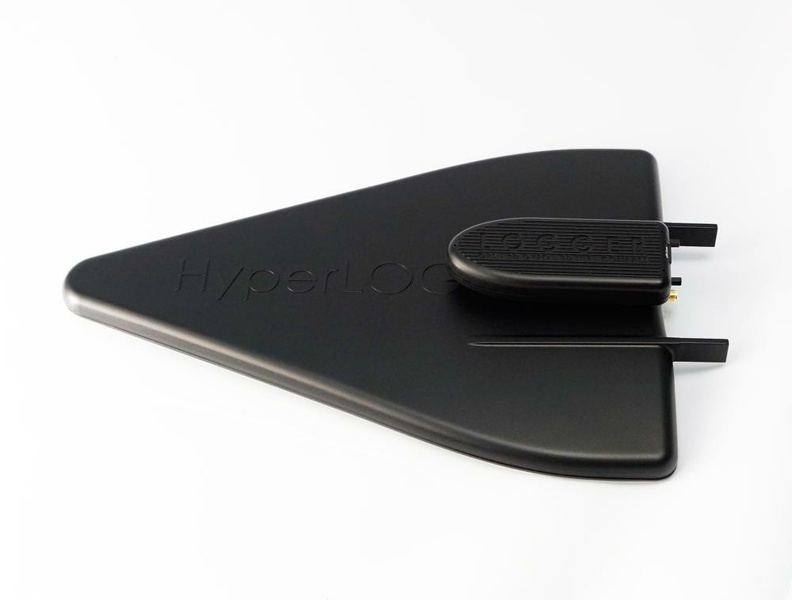 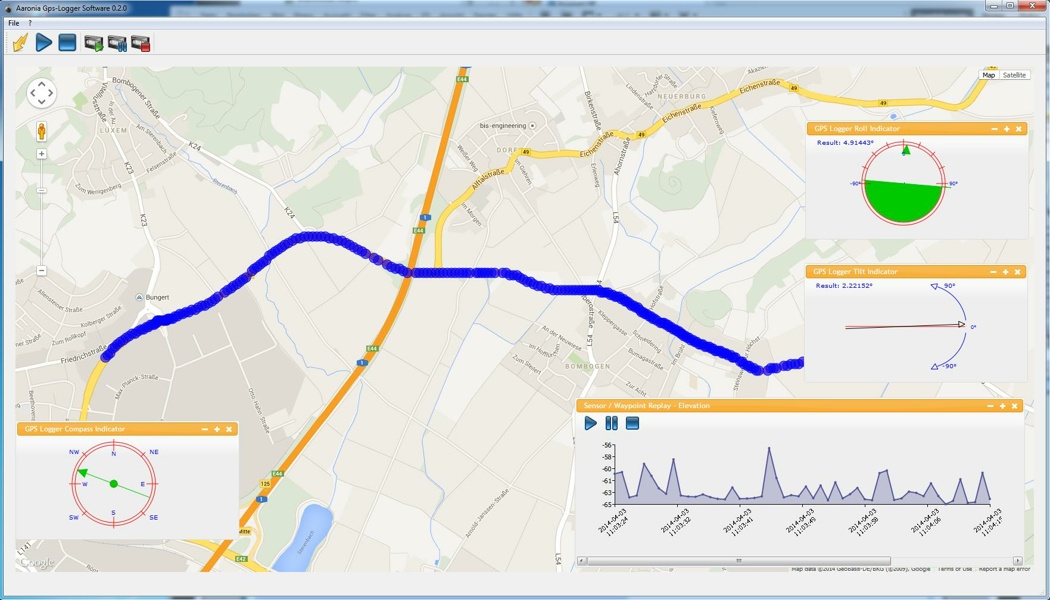 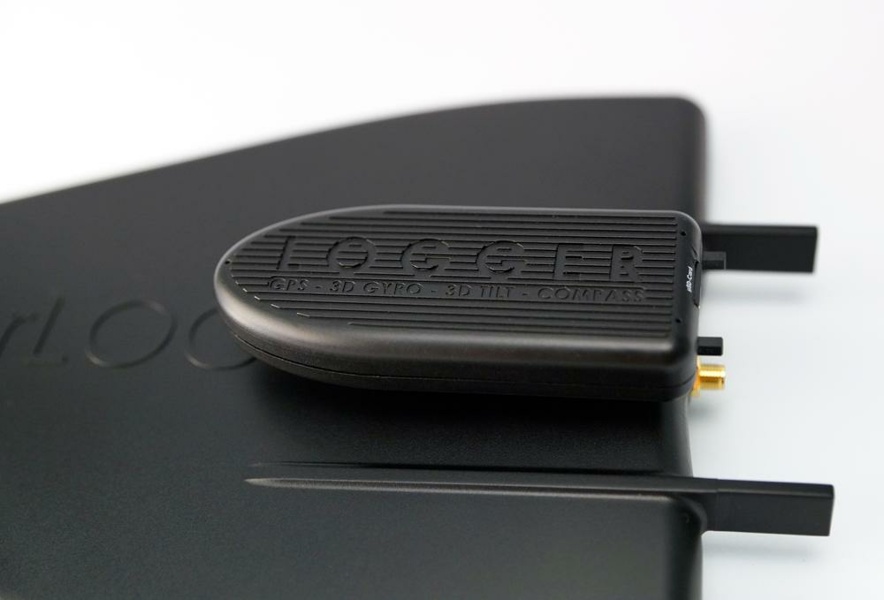 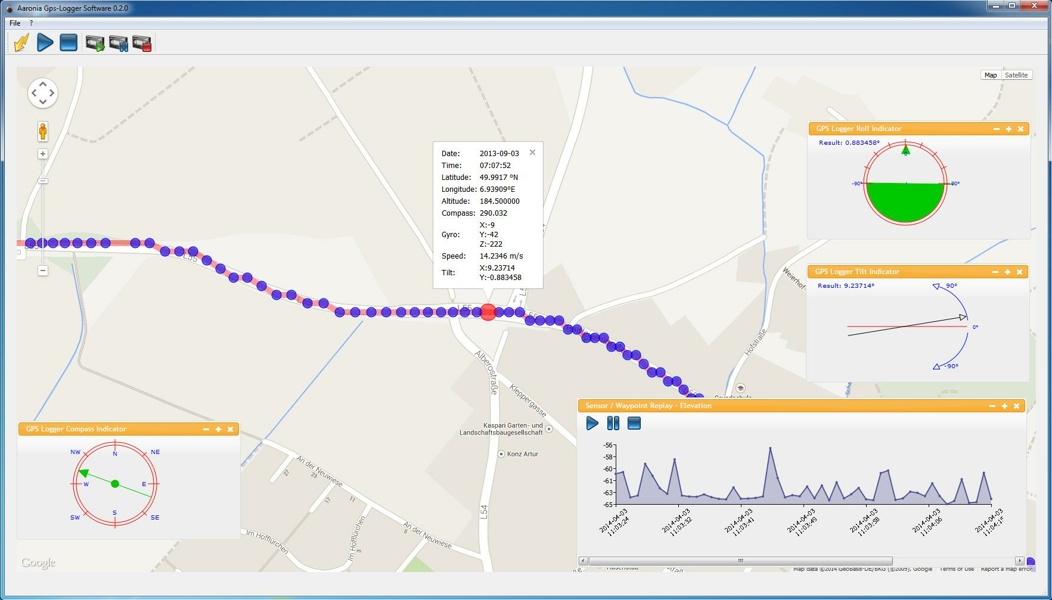 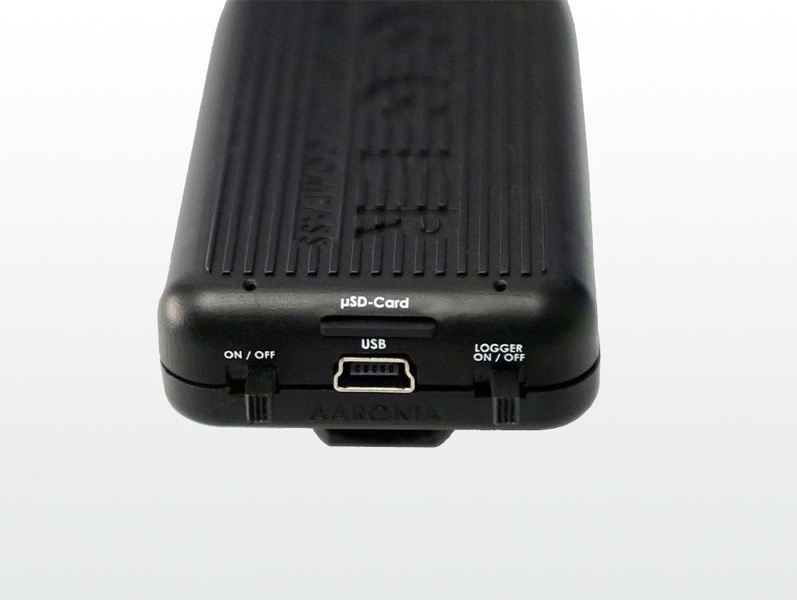 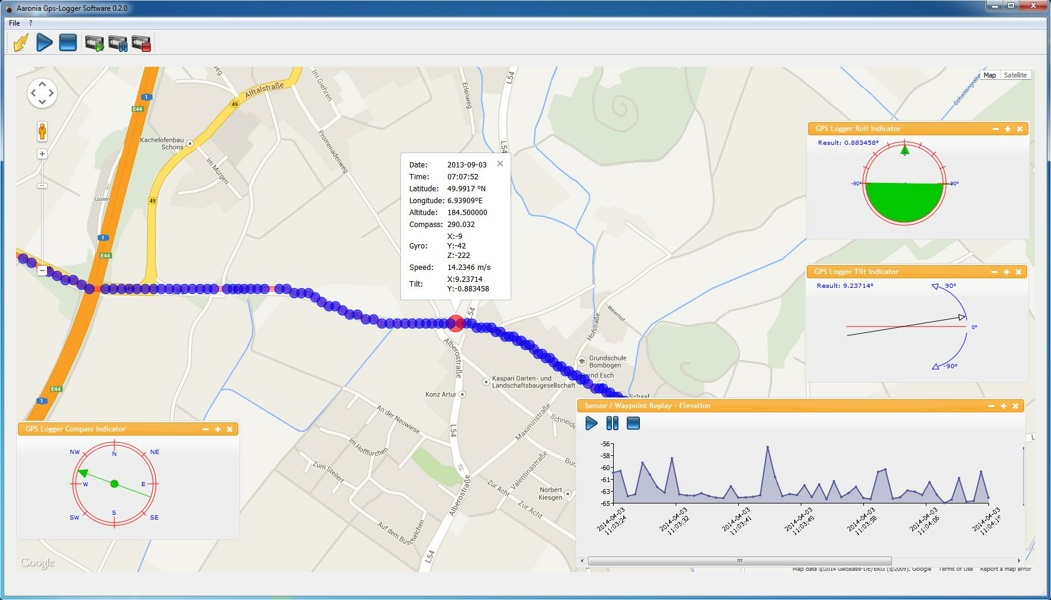 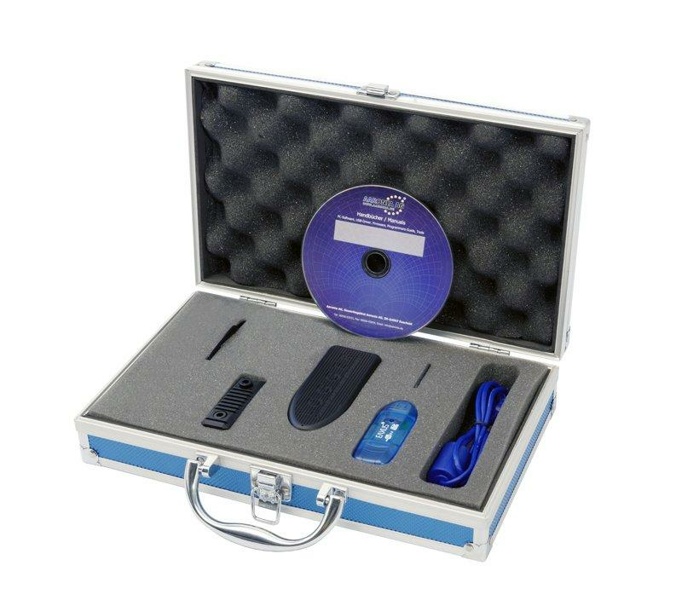 The Aaronia GPS - Logger includes a total of 5 sensors, all of them on the cutting edge of technology, making it the world's first stand-alone data logger with such a variety of sensors.

Not to forget is also the very small form factor.

The following sensors are integrated in the logger:
- High End GPS sensor incl. antenna position, speed and altitude information with a sensitivity of -165 dBm
- 3D compass with 1-2 degree precision
- 3D/Triaxial acceleration sensor with up to 4 mg resolution
- 3D/Triaxial Gyro / Tilt sensor with a sensitivity of 14 LSBs per second
- Altimeter / Pressure sensor with very high accuracy / resolution and a wide pressure range of 260 - 1260mbar and a height resolution of up to 20cm

The main purpose of the GPS logger consists of recording the position and even the orientation of the Aaronia antennas ( HyperLOG X , HyperLOG EMI or Magnotracker series) .
The GPS sensor allows for easy collection and documentation of your measurement position , including elevation information .


Even more interesting is the Tilt-sensor and the digital compass, hereby the inclination and orientation of the antenna can be recorded and evaluated during the measurement.

This special feature allows you to easily create an " RF heat map " including frequency , direction and strength of an RF source within 360 degrees.

Of course, the Aaronia GPS Logger can also be used for other purposes.

OPERATION
The Aaronia GPS - logger can be used with the internal LiPo battery (standalone) and / or USB (provides unlimited operating time) .

The logger has three operating modes :


It can also be mounted on any other device , car, etc. with the included adapter.

This only requires 2 holes to be drilled to attach the supplied adapter.